JILS - Neutral earthing configurations in the balance: is there a universal panacea? Are Peterson Coils Risk Eliminators?

The Black Saturday bushfires which devastated Victoria in 2009 caused the deaths of 173 and the loss of over 2000 homes with damages of $1070 million. A Royal Commission was tasked with investigating the effectiveness and completeness of the threat reduction measures implemented since the bushfires of 1977 and 1983 and made recommendations regarding further risk mitigation measures. Subsequently a Taskforce was formed and developed a justifiable strategy, that Rapid Earthfault Current Limiters be installed at zone substations supplying power to ‘high bushfire threat’ areas to minimize the risk of fire due to sparks caused by power systems Australia has traditionally run MV power networks with the supply earthed - solidly or via an impedance. The introduction of compensated or resonant earthing offers an operator a number of benefits in terms of reliability and earthfault energy reduction, yet these do not come without negatives. Unfortunately, no single neutral earthing configuration is a panacea for all the ills. Depending upon system topology and location, a system faces many conflicting challenges, including capital and operational costs, maintaining system reliability, electric shock safety, bushfire ignition, fault location, insulation coordination, operational flexibility, equipment stress or damage, harmonic source management, protection discrimination, and cogeneration compatibility. This presentation will provide a comparative assessment of a number of neutral earthing schemes with a view to identifying the strengths and weaknesses of each system and the ability to eliminate the threat of bushfires. 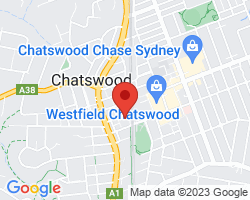 Neutral earthing configurations in the balance: is there a universal panacea? Are Peterson Coils Risk Eliminators?

Bill worked for 37 years for Ausgrid, and since 1982 has been closely involved in earthing design and testing, safety analysis, standards and R&D. Since leaving Ausgrid, in 2014 he has operated as an independent consultant assisting clients with the management of earthing and lightning related risk. Bill has a doctorate in the area of earthing system risk quantification and design, has authored over 45 papers, and is a conjoint Senior Lecturer at Newcastle University. He is active on earthing and lightning protection related standards committees. He chaired the joint Cigre/Cired committee B3:35 which has completed an investigation into the integration of quantified risk in earthing system design and operation, and is a member of the new Cigre WG B3:52 investigating neutral point earthing onfigurations.