Cyber Security of Power Systems.  This is a joint event with the Yale Science and Engineering Association. 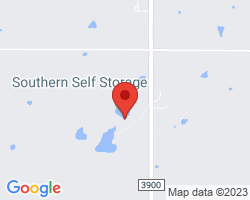 Jeffrey S. Katz is a Senior Member of the Institute of Electrical and Electronics Engineers. He is a member of the IBM Academy of Technology. He is a co-chair of the Industrial Internet Consortium’s Energy Task Group, and is a member of the Internet2 working group on the Internet of Things.
He was chair of the Smart Grid Session of the Yale Alumni in Energy conference in 2012, and was a co-chair of the IEEE 2030 Standard on Smart Grid Interoperability Guidelines, IT Task Force. He was on the External Advisory Board of the Trustworthy Cyber Infrastructure for the Power Grid, and is on the Advisory Board of the Advanced Energy Research and Technology Center. He was on the “Networked Grid 100: The Movers and Shakers of the Smart Grid in 2012” list from Green Tech Media. He was appointed to the IEEE Standards Association Standards Board for 2014. He is an Open Group Distinguished IT Specialist and an IBM Thought Leader level Distinguished IT Specialist, as well as the holder of an IBM First Plateau Invention Achievement Award. He co-chaired the first IEEE Power and Energy Society workshop on Big Data in Utilities in September 2017, and the first PES workshop on Utility Cybersecurity in December 2017. He has given several industry keynote presentations, including the 2017 ISA Power Industry Division and the inaugural 2016 National Renewable Energy Lab Cyber Security workshop.

Prior to IBM he was the Manager of the Computer Science department at the U.S. Corporate Research Center of ABB, and then of ALSTOM.

He is an author on seven patents, in tele-medicine, robotics and computer vision, intelligent electric power distribution, energy aware cloud computing, with others pending. He has a Commercial General Radiotelephone license from the U.S. Federal Communications Commission, belongs to Sigma Xi, and is a member of Mensa.

Jeff has organized or taught several volunteer activities around robotics for education, including FIRST, FIRST Lego League, and VEX Robotics. Jeff is also a long time amateur (ham) radio operator. He was a Region 1 finalist in the Johns Hopkins National Search for Computing Applications to Assist Persons with Disabilities. He is the Connecticut District Vice President of the Yale Science and Engineering Association, and is also a Fellow of that organization.