3D Bioprinting - The Next Frontier in Medicine

Imagine a world where drugs are developed without the use of animals, and where replacement organs are 3D printed from a patient's own cells, rather than being harvested. The award-winning interdisciplinary team at Aspect Biosystems is working towards making this a reality. Using a unique microfluidic approach to 3D bioprinting called Lab-on-a-Printer™, Aspect is 3D printing living tissues that are improving the efficiency of drug discovery and generating implantable tissue therapies to replace diseased or worn-out tissues. In his presentation, Tamer will discuss Aspect’s 3D printing technology, and will describe real-life use-cases that demonstrate the potential for bioprinting to revolutionize the fields of pharmaceutical drug development, disease research, personalized and regenerative medicine by providing living human tissues on demand. 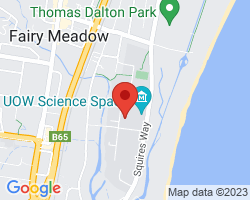 : An entrepreneur, engineer, inventor, Tamer currently serves as Aspect Biosystems' President and Chief Executive Officer. Tamer co-founded Aspect in 2013 and has played a leading role in the Company’s overall corporate, business, and technology development. Under his leadership, Aspect has secured significant funding, entered strategic collaborations with best-in-class pharmaceutical and biotechnology companies, and developed its commercial products. In his previous appointment as Chief Technology Officer of the company, Tamer drove the innovation and development of the Company’s core technologies and intellectual property. As a leader in the field of 3D bioprinting, he has been invited to speak on this topic at venues ranging from TEDx to industry, scientific and executive conferences. He was awarded BC's Top 40 under 40 and Top 30 under 30 awards for demonstrating excellence in business, judgement, leadership, and community contribution. Tamer serves on the Board of Directors of ACETECH, a non-profit training and mentoring organization for CEOs of technology and life sciences companies. Tamer holds a B.A.Sc. in Biomedical Engineering and M.A.Sc. in Electrical and Computer Engineering from the University of British Columbia