To view the Live Streaming Event see this link.

This Entrepreneurs and Consultants Network Meeting is specifcally to view a presentation on novel LENR technology in a commercial setting.  The event will first view a live streamng event unveiling the latest device that uses LENR (Low Energy Nuclear Reactions) Technology dubbed E-cat SK developed by Leonardo Corporation. Opportunities for interactive questions will follow the viewiing.  A post viewing opportunity to discuss the techniloogy will happen for those attending the local viewing.

The E-Cat SK device is one of several similar devices under development by competing corporations. Hints of the possibility of LENR reactions have been traced as far back as Ben Franklin with his lightning experiments. Fleischman and Pons investigated it and announced their research as "Cold Fusion" in 1989.  It was immediately debunked as "junk science". However since then, careful research has shown that the reaction did in fact generate more energy as heat than the input energy. In addition, the Department of Defense has offered commercialization patents for related reactions.

In the past few months, several periodicals have published articles about LENR.

One article titled “Scientists in the U.S. and Japan Get Serious About Low-Energy Nuclear Reactions: It’s absolutely, definitely, seriously not cold fusion” was published in IEEE Spectrum here. The author, Michael Koziol, points to two events that he finds significant:

The publication by the US Naval Institute of a paper titled ‘This is Not Cold Fusion’ by Michael Ravnitzky (not accessible) and a similar article published in Scientific American here.

For background on the original Fleischman and Pons research, see this Youtube video from "60 Minutes" at this link. 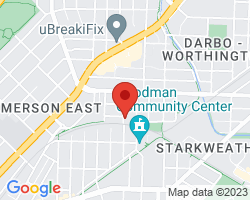 Italian-American inventor Andrea Rossi will be demonstrating a 27 kW E-Cat heater in operation, which he claims produces more energy than it consumes. He will show a test of the E-Cat which will include measurements of energy consumed and energy produced.

Dr. Rossi will also discuss his business plan of providing industrial customers with E-Cat powered heat priced at a significant discount to current energy sources used in industry. During the event will be taking questions from the live audience.

Frank Acland, owner of the web site "e-catworld.com" at this link will be helping to take on-line questions from a number of sources.

The Streaming Video will start at this link.

For more information on Dr. Rossi's invention, a detailed book titled "An Impossible Invention: The True Story of the Energy Source that Could Change the World" is available on-line from Amazon or in printed format here.

7:45 AM:  Meet and Greet for FREE Bagels and spreads with coffee.