Past, Present and Future of Wireless Charging for Portable Electronics

This talk will start with a brief historical review of “near-field magnetic” wireless power transfer dating back from Nikola Tesla’s work a century ago. It will highlight how magnetic resonance  (a  technique  used  by  Tesla  and  many  others  up  to  the 1990s)  is  not  a  recent invention.  It  will  also  explain  why  WPT  became  feasible  again  since  1980s  with  some highlights  of  landmark  examples.  The  final  part  of  the  talk  will  focus  on  the  latest development of international WPT standards and future developments for wireless charging of “portable” electronics. 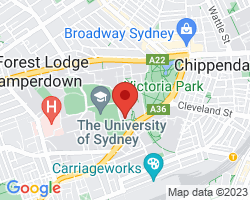 Past, Present and Future of Wirel ess Charging for Portable Elec tronics

Prof. Ron Hui obtained his Ph.D degree at Imperial College London in 1986. He has held academic  positions  at  Nottingham  University,  UTS,  Sydney  University  and  CityU  HK. Currently, he is a Chair Professor of Power Electronics at both of the University of Hong Kong  and  Imperial  College  London. At HKU, he holds the Philip Wong  Wilson  Wong Professorship of Electrical Engineering. He  has  published  over  260  refereed  journal  papers  and  has  over 60  patents  adopted  by industry worldwide. His inventions have underpinned key dimensions of the world’s first wireless power standard Qi, launched in 2010 by the Wireless Power Consortium with over 650 company members including Apple, Samsung etc. He is the recipient of the 2015 IEEE William Newell Power Electronics Award, 2010 IEEE Rudolf Chope R&D Award and 2010 IET Crompton Medal. He is a Fellow of the IEEE, Australian Academy of Technology & Engineering, the US National Academy of Inventors and the Royal Academy of Engineering, UK.