Abstract: Our society is becoming increasingly dependent on analyzing huge amounts of data generated in a large variety of ways. Analyzing the “big data” in the cloud requires a tremendous amount of computing and storage resources, and data centers have emerged as the workhorses of the cloud. Large data centers already consist of tens of thousands of servers, and are expected to scale to hundreds of thousands or even millions of servers with total throughputs in the order of several Tbps. Data centers are extremely power-hungry, and already account for over 2% of worldwide energy consumption. Designing data center networks that are both scalable and energy-efficient is very challenging. To address this challenge, the architecture of the data center network has evolved from the conventional multi-layer architecture to modern approaches that marry electronics and optics. This lecture takes a look at this evolution and discusses emerging alternatives.

Biography: Suresh Subramaniam received the Ph.D. degree in electrical engineering from the University of Washington, Seattle, in 1997. He is Professor and Chair of Electrical and Computer Engineering at the George Washington University, Washington DC, where he directs the Lab for Intelligent Networking and Computing. His research interests are in the architectural, algorithmic, and performance aspects of communication networks, with current emphasis on optical networks, cloud computing, and data center networks. He has published about 200 peer-reviewed papers in these areas, and his research has been supported by several grants from the US National Science Foundation and the Defense Advanced Research Projects Agency (DARPA).

Dr. Subramaniam is a co-editor of three books on optical networking. He has served in leadership positions of several leading conferences including IEEE ComSoc’s flagship conferences of ICC, Globecom, and INFOCOM. He sits on the editorial boards of the IEEE/ACM Transactions on Networking and the IEEE/OSA Journal of Optical Communications and Networking. During 2012 and 2013, he served as the elected Chair of the IEEE Communication Society Optical Networking Technical Committee. He received the 2017 SEAS Distinguished Researcher Award from George Washington University. He was elevated to Fellow of the IEEE in 2015 for his “contributions to optical network architectures, algorithms, and performance modeling”. 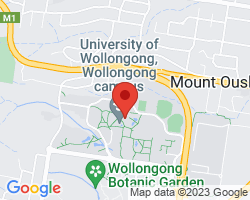