Join us along with IEEE Members to hear Rod Blocksome describe the making of the “Moon Talk” documentry followed by a showing of the 37-minute video.

The documentary looks back 50 years at the critical role Collins Radio played in the space race to the moon.

The program incuding “Moon Talk,” will be presented Tuesday, May 7, at 5:30 p.m., at the Cedar Rapids Public Libraray, Whipple Auditorium.  The public is invited.  Admission is free.

On December 21, 1968, Apollo 8 became the first manned space flight to leave Earth’s orbit and fly to the moon. For the next six days, the only link astronauts Frank Borman, Jim Lovell and Bill Anders would have to Earth was through equipment and a pioneering communication system developed by Collins Radio – based in Cedar Rapids, Iowa – and its subcontractors.

The film celebrates the men and women of the Collins Radio Company who had the vision, beyond the technology available in the 1960s, to create and manufacture a communication system to reach the moon.

The documentary features rare 16-millimeter film footage and photos, and interviews with employees who recall working on the Apollo program.

“The idea was to get the job done correctly. And I remember times we slept under tables at night because we had meetings in the morning...We knew if the communication failed, it was a good chance that some of them wouldn’t get back – if not all of them. And that was on our mind almost all the time.”   Jim Westcot, Collins Radio Apollo Program Administrator.

Michael M. Collins, the eldest son of Collins Radio founder, Arthur Collins, remembers the Apollo 8 astronauts’ Christmas Eve broadcast. The moon explorers ended it with a reverent reading from the first book of the Bible. Millions of citizens of Earth watched the live broadcast on television as it was transmitted a quarter million miles through harsh space via Collins Radio equipment and systems.

This documentary is one of a three-part series being produced by the Arthur A. Collins Legacy Association. The Association is a 501(c)(3) non-profit organization. Its mission is to collect, preserve and interpret the legacy of Arthur Collins and the Collins Radio Company he founded. More information can be found at www.arthurcollins.org. 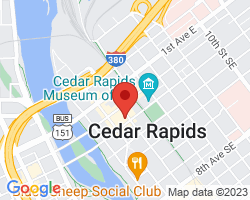 Rod was raised on a Western Kansas wheat farm and attended Kansas State University where he earned BS and MS degrees in Electrical Engineering.  He served 4 1/2 years as an officer in the US Air Force.  He retired in 2010 after 42 years with Collins Radio Co. & Rockwell Collins in Cedar Rapids, Iowa.  Rod was a Senior Systems Engineer in Advanced Communications at Rockwell Collins and was honored as a corporate engineer-of-the-year in 2002.

In 1995, Rod added Curator of the Rockwell Collins Museum to his volunteer activities.  After retirement, Rod and others formed the Arthur A. Collins Legacy Association (AACLA), a non-profit corporation dedicated to preserving the history of Arthur Collins and the company he founded and using his story to promote STEM educational activities.

Currently the AACLA is producing a series of high quality documentaries on the role of Collins Radio in the US space program.  The video consists of three episodes:

Episode #1 – “Steps to the Moon” due for release Dec. 2019, tells the story of research activities during the 1950’s and early 1960’s that set the stage for winning the Apollo Communications contracts.

Episode #2 – “Moon Talk” was released in Dec. 2018 and tells the story of Collins Radio role up through Apollo 8 which was the first time humans left the earth and traveled to the Moon.

Episode #3 – “Live from the Moon” due for release in June 2019, continues the story from Apollo 9 through 17 with emphasis on the triumph of Apollo 11, and the near disaster of Apollo 13.

Registration is not required but is helpful for IEEE to predict attendance.