There is a great variety of manufacturers and inverter models currently used across the country. Although all inverters comply with local standards (AS 4777.3-2005 and 4777.2-2015), actual grid conditions rarely match the prescriptive tests defined in these standards. Furthermore, inverter responses to different grid disturbances exhibit great diversity. As a consequence, a unique load model might fail to emulate actual inverter behaviours, occurring due to voltage sags, frequency deviations, phase jumps or re-energisation after disconnections. In this uncertain scenario, inverter bench-testing is a key process to determine inverter performance in a broad range of grid events, as well as to provide accurate inputs to load modelling.

The presentation will provide a summary of the benchmarking of solar PV inverters currently undertaken at UNSW Sydney, as part of the UNSW - AEMO – ARENA project on “Addressing Barriers to Efficient Renewable Integration”. It will also highlight the challenges and provide a reference concerning the needs requirements of future inverter-based generation and associated standards in Australia and around the world. 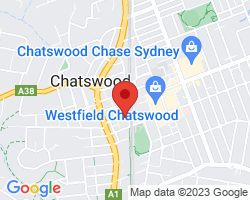 Professor John Fletcher received the B.Eng. (first class Hons.) and Ph.D. degree in electrical and electronic engineering from Heriot-Watt University, Edinburgh, U.K., in 1991 and 1995, respectively. Until 2007, he was a Lecturer with Heriot-Watt University. From 2007 to 2010, he was a Senior Lecturer with the University of Strathclyde, Glasgow, U.K. He is currently a Professor with the University of New South Wales, Sydney, Australia. His research interests include distributed and renewable integration, silicon carbide electronics, pulsed-power applications of power electronics, and the design and control of electrical machines. Prof. Fletcher is a Charted Engineer in the U.K. and a Fellow of the Institution of Engineering and Technology