The Montreal Chapter of the IEEE Power Energy society, in collaboration with Montreal IEEE IAS, IES, and PELS societies, cordially invites you to attend the following seminar given by Prof. S. S. Murthy, formerly with IIT Delhi, India.

Coffee and light snacks will be served during the networking from 10:30 AM to 11:00 AM

Renewable Energy based electricity generation is increasing steadily due to climate change and Paris agreement mandates, and will have a major share in power development in coming decades.  Nearly two billion of the World population, bulk of which belonging to developing economies, do not have access to grid fed electricity. Power capacity addition through fossil fuel based units being restricted, widely available renewable sources such as Solar, Wind, Small Hydro and Bio Energy are preferred options. Since both energy sources and targeted population are dispersed with randomly varying source and loads, there are technology challenges to match the two. For universal energy access by 2030, International Energy Agency projects 470TWh of off grid power addition (mainly through renewables and diesel) against 368 TWh through grid(mainly from fossil fuels). Off- grid systems are varied with multiple sources working in complimentary role. We need to  think of an integrated generalised energy management system to prescribe solution to any given location, which brings us to the concept of “Micro-Grid” with renewable energy(RE). Technology options to tap RE individually and in hybrid mode will be discussed   including some of the successful efforts made in India. Technical and non technical factors to be tackled for widespread deployment of renewables both in grid-fed and off-grid mode will be flagged to realize  the  dream of ‘electricity to all’ globally 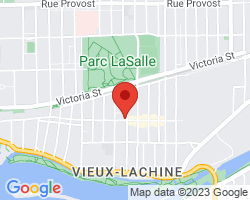 Brief Profile of Prof SS Murthy
After serving Indian Institute of Technology (IIT) Delhi for 42 years as as Faculty/
Professor Prof. S S Murthy relocated to Bengaluru in 2012. He was Chairman of Electrical
Engg. Department at IIT Delhi. He is a former Director of ERDA, Baroda, NIT, Surathkal
and Vice Chancellor of Central University of Karnataka in India. He held several visiting
positions at University of Newcastle (UK) Univ. of Calgary , ,Ryerson Univ. U of Waterloo,
IISc, PES Univ, Kirloskar Electric ,CPRI &amp; GE at Bengaluru. Presently he is Adjunct
Professor at NIAS, Bengaluru and IIT Ropar and INAE-AICTE Distinguished Visiting
Professor to BMSCE and DSCE at Bengaluru. He is a Life Fellow of IEEE and IE(India),
and Fellow of INAE, IET (UK), and IETE. His other recognitions include: ISTE Award for
outstanding research, IETE Bimal K. Bose Award for contribution in power electronics,.
IEEE- PES/IAS Delhi Chapter Outstanding Engineer Award, IEEE-PES Bangalore Chapter
Outstanding Service Award(2015), IEEE-IAS Distinguished Lecturer, Distinguished Alumni
Award of BMS College of Engg. He has to his credit 300+ papers, 100+ theses supervision,
90+ sponsored projects, 40+ Technical reports, 7 Books/manuals/conference proceedings and
18 patents. 15 video modules of total about 500 lectures recorded at IIT Delhi are available
on line in YOUTUBE and other sites. He has delivered 200+ popular and special lectures in
India and Abroad (Canada, USA, Japan, UK, Taiwan, Singapore) His research on self
excited and grid connected induction generators has led to field installation of renewable
energy based off grid and grid fed power generation .He is widely travelled with professional
visits to USA, Canada, UK, Switzerland, Italy, Kazakhstan, Oman, Nepal, Bhutan, Japan,
Korea, China, Taiwan, Thailand, Singapore, and Australia. His interest areas are Electric
Machines, Drives, Power Electronics, Renewable Energy, Energy Efficiency and Engineering
Education.