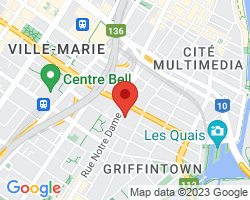 It has been predicted that by 2021, there will be 200 billion connected devices which should all operate and integrate smoothly with the Internet but also provide a vast spectrum of services in e.g. healthcare, smart homes, industry automation, and environmental monitoring [1,2]. As the “Internet of Things” (IoT) or “Internet of Everything” (IoE) continues to grow, the number of connected objects will grow at explosive rates. For this to be possible, a paradigm shift from current approaches based on rigid silicon CMOS where batteries are used will be required. In the future, IoT objects will have to be extremely low cost, flexible and thin (and in some cases also stretchable) in order for this ubiquitous electronics to be unobtrusive. In addition, these distributed devices must harvest their energy from other means than batteries, as massive numbers of batteries mean massive end of life, toxic waste disposal and recycling issues.

Advances in energy harvesting and storage will improve the ability to harvest energy from a variety of sources such as light, radio waves and motion and store it in printed supercapacitors that are non-toxic and unproblematic at end of life. The exploitation of tunneling devices and novel devices combining Atomic Layer Deposition (ALD) and printing will make possible a new generation of low-power and high-speed circuits for power management, data storage, computation and wireless communication. As a result, it will open the path to a true Internet of Things that will cost very little, be placeable anywhere, and deserve the description “environmentally friendly”. These objects will be energy autonomous, battery free, be able to sense, process and analyze environmental, body and other information and transfer it by acceptable wireless protocols to networks of the user’s choice. Because they will be manufactured by low temperature, low cost mass manufacturing processes, they will be ultra-low cost and able to be put on thin, flexible carriers that make them able to be truly put anywhere.

Paul R. Berger (S’84 M’91 SM’97 F’11) is a Professor in Electrical & Computer Engineering at Ohio State University and Physics (by Courtesy). He is also a Distinguished Visiting Professor at Tampere University in Finland. He received the B.S.E. in engineering physics, and the M.S.E. and Ph.D. (1990) in electrical engineering, respectively, all from the University of Michigan, Ann Arbor. Currently, Dr. Berger is actively working on quantum tunneling devices, printable semiconductor devices & circuits for IoT, bioelectronics, novel devices, novel semiconductors and applied physics.

Formerly, he worked at Bell Laboratories, Murray Hill, NJ (1990-’92) and taught at the University of Delaware in Electrical and Computer Engineering (1992-2000). In 1999, Prof. Berger took a sabbatical leave while working first at the Max-Planck Institute for Polymer Research, Mainz, Germany and then moved on to Cambridge Display Technology, Ltd., Cambridge, United Kingdom. In 2008, Prof. Berger spent an extended sabbatical leave at IMEC (Interuniversity Microelectronics Center) in Leuven, Belgium while appointed as a Visiting Professor in the Department of Metallurgy and Materials Engineering, Katholieke Universiteit Leuven, Belgium. And more recently he took a sabbatical leave in 2015-2016 at Tampere University of Technology.

He has authored over 120 articles, 5 book sections and been issued 22 patents with 6 more pending from 60+ disclosures with a Google Scholar H-index of 33. Some notable recognitions for Dr. Berger were an NSF CAREER Award (1996), a DARPA ULTRA Sustained Excellence Award (1998), Lumley Research Awards (2006, 2011), a Faculty Diversity Excellence Award (2009) and Outstanding Engineering Educator for State of Ohio (2014). He has been on the Program and Advisory Committees of numerous conferences, including the IEDM, DRC, ISDRS, EDTM meetings. He currently is the Chair of the Columbus IEEE EDS/Photonics Chapter and Faculty Advisor to Ohio State’s IEEE Student Chapters. In addition, he is Chair of the EDS technical committee on Electronic Materials and a member of their Flexible Electronics committee too. He was also an SRC Vice-Chair for IEEE EDS in Regions 1-3,7 (15’-18’), and recently elected to the IEEE EDS Board of Governors (19’-21’). He is a Fellow and Distinguished Lecturer of IEEE EDS and a Senior member of the Optical Society of America