Images of people and scenes we share online reveal information about personal choices and preferences, which can be automatically inferred by classifiers. To prevent privacy violations and to protect the visual content from unwanted automatic inferences, we show how to exploit the vulnerability of classifiers to adversarial attacks to craft adversarial perturbations that maintain (and even improve) image quality. However, these perturbations may be ineffective against classifiers that were not seen during the generation of the perturbation or against defences that use re-quantization or image compression. To address these limitations, I will present a series of adversarial attacks designed to protect visual content against classifiers. I will discuss how to craft perturbations based on randomised ensembles to make them robust to defences, on image semantics to selectively modify colours within chosen ranges that are perceived as natural by humans, and on perturbations that enhance image details. 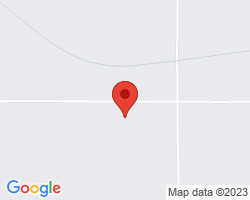 Professor Andrea Cavallaro of Queen Mary University of London, U

Professor of Multimedia Signal Processing and the founding Director of the Centre for Intelligent Sensing at Queen Mary University of London, UK