Breast cancer imaging by microwaves bas been investigated intensively over the past two decades due to the potentially high contrasts in permittivity and conductivity between malignant tumors and normal breast tissue. In comparison with the conventional ultrasound imaging where the acoustic impedance contrast between malignant tumors and normal breast tissue is low (typically a few percent), the dielectric contrast is indeed one to two orders of magnitude higher. Nevertheless, progress toward a clinically mature system for microwave breast imaging is painfully slow, primarily due to the low resolution of microwaves that can provide adequate penetration only at a relatively low frequency. We will describe challenges in achieving such a system, and ways to improve the resolution of microwave imaging. In the meantime, recent progress in microwave induced thermoacoustic tomography (MITAT) provides a new impetus for combining microwave and ultrasound modalities. In MITAT, we use millisecond-pulsed microwaves to produce ultrasound through thermal expansion, thus the induced ultrasound source represents the high contrast in electrical conductivity, while the collected ultrasound signals provide the high resolution corresponding to a short wavelength of ultrasound. We will describe our recent progress in both microwave imaging and MITAT, in both computational methods and system development. 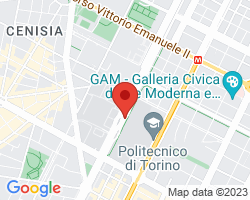 Biography: Qing Huo Liu (Sâ€™88-Mâ€™89-SMâ€™94-Fâ€™05) received his B.S. and M.S. degrees in physics from Xiamen University in 1983 and 1986, respectively, and Ph.D. degree in electrical engineering from the University of Illinois at Urbana-Champaign in 1989. His research interests include computational electromagnetics and acoustics, and their applications in inverse problems, geophysics, nanophotonics, and biomedical imaging. He has published over 230 refereed journal papers and 300 conference papers in conference proceedings. His H index is 42 and has been cited over 7000 times (Google Scholar). He was with the Electromagnetics Laboratory at the University of Illinois at Urbana-Champaign as a Research Assistant from September 1986 to December 1988, and as a Postdoctoral Research Associate from January 1989 to February 1990. He was a Research Scientist and Program Leader with Schlumberger-Doll Research, Ridgefield, CT from 1990 to 1995. From 1996 to May 1999 he was an Associate Professor with New Mexico State University. Since June 1999 he has been with Duke University where he is now a Professor of Electrical and Computer Engineering. Dr. Liu is a Fellow of the IEEE, a Fellow of the Acoustical Society of America. Currently he serves as the Deputy Editor in Chief of Progress in Electromagnetics Research, an Associate Editor for IEEE Transactions on Geoscience and Remote Sensing, and an Editor for the Journal of Computational Acoustics. He was recently a Guest Editor in Chief of the Proceedings of the IEEE for a 2013 special issue on large-scale electromagnetics computation and applications. He received the 1996 Presidential Early Career Award for Scientists and Engineers (PECASE) from the White House, the 1996 Early Career Research Award from the Environmental Protection Agency, and the 1997 CAREER Award from the National Science Foundation.