Professor Shlomo Shamai (Technion) will be giving a lecture on Information Theory (Jack Keil Wolf Lecture Series). This lecture will be held at 5 MetroTech Center, Auditorium, on Thursday, October 23, 2014, from 11 am until 12:30 pm.

The Jack Keil Wolf Lecture Series is being organized by the Center for Advanced Technology in Telecommunications (CATT) and is co-sponsored by the IEEE New York/North Jersey Information Theory Society Chapter.

Everyone is welcome to attend this meeting. 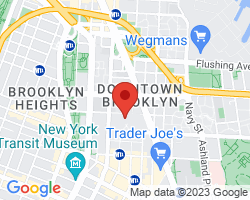 Abstract - The presentation starts by demonstrating in a descriptive way the origin of information theory in Shannonâ€™s 1948 monumental work, and pointing some interdisciplinary aspects within general areas of electrical engineering and beyond. We discuss a change of paradigms in information theory from being a pure mathematical theory of communications to a theory with widescope direct practical implications and applications. To demonstrate the rich aspects of the problems considered and their implications as well as some inter disciplinary connections, we focus on a simple matrix based linear additive Gaussian model. We elaborate on the information-estimation intimate connection, mentioning its impact on non-linear filtering and on recent views of efficient coding in single and multi-terminal channels. Possible extensions to general channels and a short outlook conclude the presentation.

Shlomo Shamai received the B.Sc., M.Sc., and Ph.D. degrees in electrical engineering from the Technionâ€”Israel Institute of Technology, in 1975, 1981 and 1986 respectively. Since 1986 he is with the Department of Electrical Engineering, Technion-Israel Institute of Technology, where he is now a Technion Distinguished Professor, and holds the William Fondiller Professor of Telecommunications chair. His research interests encompass a wide spectrum of topics in information theory and statistical communications.

Dr. Shamai is an IEEE Fellow and a Member of the Israeli Academy of Sciences and Humanities and a Foreign Member of the US National Academy of Engineering. He is the recepient of the 2014 Rothschild Prize in Mathematics/Computer Sciences and Engineering and the 2011 Claude E. Shannon Award. He has been awarded the 1999 van der Pol Gold Medal of the Union Radio Scientifique Internationale (URSI), and is a co-recipient of the 2000 IEEE Donald G. Fink Prize Paper Award, the 2003, and the 2004 joint IT/COM societies paper award, the 2007 IEEE Information Theory Society Paper Award, the 2009 European Commission FP7, Network of Excellence in Wireless COMmunications (NEWCOM++) Best Paper Award, and the 2014 EURASIP Best Paper Award for the EURASIP Journal on Wireless Communications and Networking. He is the recipient of the 2010 Thomson Reuters Award for International Excellence in Scientific Research and is listed in the 2014 Thomson Reuters "The World's Most Influential Scientific Minds". He is also the recipient of the 2000 Technion Henry Taub Prize for Excellence in Research. He has served as Associate Editor for the Shannon Theory of the IEEE Transactions on Information Theory, and has also served on the Board of Governors of the Information Theory Society. He has served on the Executive Editorial Board of the IEEE Transactions on Information Theory.