IEEE COM/SP Chapter - Austin, Distinguished Lecture Series, â€œSoftware Defined Networking: Why, When, Where, and How"

Abstract:
The first wave of cloud computing was to centralize and virtualize servers into the clouds, with a phenomenal result. The emerging second wave, named Software Defined Networking (SDN), is to centralize and virtualize networking, especially its control, into the clouds. SDN deployment started from data centers and now expands to the model of â€œnetworking as a serviceâ€ (NaaS) offered by the operators to enterprise and residential subscribers. By centralizing the control-plane software of routers and switches to the controller, and its applications, and controlling the data-plane of these devices remotely, SDN reduces the capital expenditure (CAPEX) and operational expenditure (OPEX) because the devices become simpler and hence cheaper and number of administrators could be reduced. SDN also enables fast service orchestration because the data plane is highly programmable from the remote control plane at controllers and applications. However, as we detach control plane from where data plane resides, new protocols shall be introduced between control plane and data plane, as the southbound API between controllers and devices and the northbound API between controllers and applications. As we further extend the control plane from controllers to applications such as Service Chaining (SC) and data plane from devices to Network Function Virtualization (NFV), newer mechanisms and APIs need to be added to these APIs. We argue why, when, and where SDN would prevail, and then illustrate how to make it happen. We shall introduce the key technology components, including OpenFlow, SC, NFV, and Network Service Header (NSH) and then review the issues on standardization, development, deployment, and research. At the end, the development and deployment experiences of a campus SDN solution for Wi-Fi/switch control and management are shared.

YING-DAR LIN is a Distinguished Professor of Computer Science at National Chiao Tung University (NCTU) in Taiwan. He received his Ph.D. in Computer Science from UCLA in 1993. He served as the CEO of Telecom Technology Center during 2010-2011 and a visiting scholar at Cisco Systems in San Jose during 2007â€“2008. Since 2002, he has been the founder and director of Network Benchmarking Lab (NBL, www.nbl.org.tw), which reviews network products with real traffic. NBL recently became an approved test lab of the Open Networking Foundation (ONF). He also cofounded L7 Networks Inc. in 2002, which was later acquired by D-Link Corp. His research interests include design, analysis, implementation, and benchmarking of network protocols and algorithms, quality of services, network security, deep packet inspection, wireless communications, embedded hardware/software co-design, and recently software defined networking. 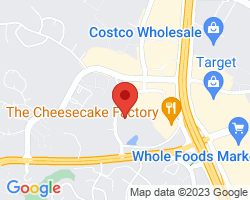