The MTD, Champaign-Urbana’s bus system, provides more than 13 million rides per year to students and citizens alike, with a 98% customer satisfaction rate. Making this happen requires an advanced real-time bus tracking system, statistics, data analytics, and careful planning. In addition, MTD has incorporated many green technologies, including a growing fleet of hybrid electric buses, and solar panels at MTD headquarters. At this month’s meeting, the MTD’s Jay Rank will tour us through the MTD control room, where the buses are tracked and monitored in real-time, and discuss the many technologies utilized to keep the buses running on time. We will also hear about the green technologies that are being utilized to reduce the MTD’s energy footprint. 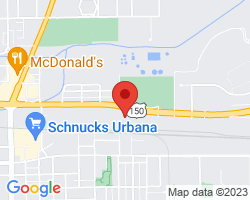 Jay Rank earned BA and MA degrees in Urban Planning from the University of Illinois at Urbana-Champaign (UIUC) in 2002 and 2008, respectively. He has worked at the Champaign-Urbana Mass Transit District (MTD), which supplies transportation services to the Champaign-Urbana metropolitan area, for eight years, working with the planning database, statistics, mapping, and route planning. In his current role, Jay creates routes, schedules, workboards, and internal documents for MTD.