Some Emerging Concepts and Technologies on 5G+ Wireless Networks 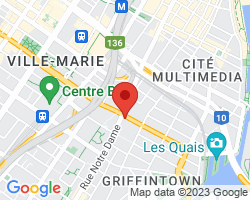 Some Emerging Concepts and Technologies on 5G+ Wireless Networks (Part#2)

Much has been said about the 5G wireless vision in the last couple of years along with the potential major enabling concepts and technologies, such as mmwave, massive MIMO, and small cell densification. This exploratory phase is winding down as the 5G standardization phase approaches; now, there is a more harmonized view in the community. This talk will start with an introduction to the anticipated distinct features of 5G in comparison to the previous generations to set the context.

The main goal of the talk is to present and instigate interest on a number of research directions relevant to 5G and beyond, including:

Halim Yanikomeroglu was born in Giresun, Turkey, in 1968. He received the Ph.D. degree in electrical and computer engineering from the University of Toronto, in 1998. Since 1998 he has been with the Department of Systems and Computer Engineering at Carleton University, where he is now a Full Professor. His research interests cover many aspects of wireless technologies with a special emphasis on cellular networks. He has coauthored about 70 IEEE journal papers, and has given a high number of tutorials and invited talks on wireless technologies in the leading international conferences. In recent years, his research has been funded by Huawei, Blackberry, Samsung, Telus, CRC, and Nortel. This collaborative research has resulted in more than 20 patents (granted and applied).