$5.00 minimum cost for the restaurant. Supper is at optional extra cost. Reservations are not required. All interested parties are invited to attend. 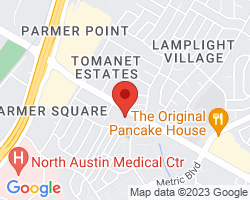 James will show photographs of the several different bridge styles in Texas, along with some explanation on them. Then, he will explain what the terms "Functionally Obsolete" and "Structurally Deficient" really mean and why our bridges are not as bad as has been commonly reported. He will also discuss some recent bridge related incidents with the explanation of what happened and why the incident was actually very unusual. Overall, bridges in Texas and the US are very safe in spite of the media hype.

James J. Mercier, P.E. is retired from the Texas Department of Transportation where his jobs have included Highway Lighting Engineer, Traffic Signal Engineer, and more recently a Hydraulics Engineer specializing in open channels and storm drains. James graduated from the IBEW electrical apprenticeship program in 1979 as a Journeyman Electrician. Afterwards, he returned to college to graduate from the University of Cincinnati with a BS in Civil Engineering (1986). James is a licensed Professional Engineer in Texas and five other states, and a Texas licensed Master Electrician.

James joined IEEE and ASCE as a student member at the University of Cincinnati, and has remained active in both. He was the Chair of the Austin Chapter of the PES, now (PI)², for 2001 and 2002. Three months ago, the (PI)² Vice-Chair/Chair Elect moved to Colorado, so James stepped in to fill that vacancy.

The Consultants Network meets monthly. Except when meeting jointly with other groups, the Consultants Network meets on the fourth Wednesday of each month. Meetings usually begin with informal networking from 6:00 to 6:30 p.m., followed by presentations from 6:30 to 8:30 p.m. by experts in technology, marketing, sales, advertising, financial or legal needs of small businesses and special needs of consultants.