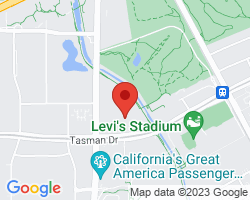 Microwave Engineering: What is it, where is it headed, and how it serves the mankind - Professor Madhu Gupta, Distinguished Microwave Lecturer

Madhu S. Gupta: received the Ph.D. degree in Electrical Engineering from the University of Michigan, Ann Arbor, and is presently both an Adjunct Professor of Electrical & Computer Engineering at University of California, San Diego and the RF Communications Systems Industry Chair Professor at San Diego State University. Along with his other technical interests, his work concerns noise and fluctuations in devices that are active, nonlinear, very small, or used in high-speed/high-frequency applications. Dr. Gupta is an IEEE Fellow; has served as the Editor of IEEE Microwave and Guided Wave Letters and IEEE Microwave Magazine and of three IEEE Press books; has been a conference organizer and Chair of Technical program Committee of IMS2010; and has received the 2008 Distinguished Microwave Educator Award from IEEE Microwave Theory & Techniques Society in addition to a number of awards for outstanding teaching. Dr. Gupta served as the President of the IEEE Microwave Theory & Techniques Society in 2013, and is currently a Distinguished Microwave Lecturer. He firmly believes that every technical talk should be entertaining, enlightening, and inspiring.

Earl McCune: received his BS/EECS degree from UC Berkeley, his MSEE (Radioscience) from Stanford University, and his Ph.D. from UC Davis in 1979, 1983, and 1998 respectively. He is a serial Silicon Valley entrepreneur, founding two successful start-up companies since 1986: Digital RF Solutions (1986-1991, merged with Proxim) and Tropian (1996 - 2006, acquired by Panasonic). He is now retired from his position as a Technology Fellow of Panasonic, and is an author, instructor, and independent consultant. He is currently an instructor for Besser Associates for both Practical Digital Wireless Signals and Frequency Synthesis Principles. He holds 58 issued US patents, and is the author of Practical Digital Wireless Signals (Cambridge 2010).

Orin Laney: is an independent consultant in Mountain View, California.  He holds an MSEE from San Jose State University, an MBA from Brigham Young University, iNARTE certification as an EMC Engineer, and is a California licensed PE.  Mr. Laney is a National Speaker for IEEE-USA and has presented at over 100 campuses, has served as an expert witness, and is a published author, seminar instructor, and courseware developer. Over the years he has taught many courses in design for EMC regulatory compliance, design for signal integrity, and the theory and application of TDRs, VNAs, BERTs, etc.

With over 40 years of experience in mixed-signal design, Mr. Laney consults in RF Instrumentation, high-speed circuitry, and design for SI and EMC compliance. Projects include ultrasonic and optical imaging, instrumentation and telemetry, inductor and transformer design, specialty and miniature (endoscopic) video cameras, analog and HD video processing, and power conversion. His designs have been used in many industries, such as medical equipment, Hollywood special effects, and aerospace and defense requirements. Design requirements have ranged from microvolt level, sub-hertz hydrophone instrumentation to hardening against microwave fields in excess of 20kV/m. Many cross-disciplinary projects have involved optics, acoustics, mechanics, and other technologies.

Ramesh Abhari: is a professor at Santa Clara University with research interests in antennas, signal/power integrity, high-speed interconnects, and microwave & mm-wave circuits. She received her Ph.D. in Electrical and Computer Engineering from the University of Toronto, and served as the chairperson of IEEE Toronto Microwave Theory and Techniques (MTT), Antennas and Propagation (AP) and Electromagnetic Compatibility (EMC) joint chapter. She also received certificates of recognition and the IEEE Toronto Centennial Medal for her services as the chapter chair. She is the founder of IEEE Montreal Component Packaging and Manufacturing Technology (CPMT).

Dr. Abhari pioneered the application of the electromagnetic bandgap structures in suppression of the power/ground noise and received the student paper award at the IEEE International Microwave Symposium in June 2002 for this work. She has been the recipient of a number of fellowships such as IEEE MTT-S Graduate fellowship in 2000, Ontario Graduate Scholarships for four consecutive years and University of Toronto V.L. Henderson fellowship. Her students have received paper awards at International Symposium on Antenna Tech. and Applied Electromagnetics (Antem) 2006 and IEEE Electrical Performance and Electronic Packaging (EPEP) 2007 Conferences.