Topic: Rebuilding After A Disaster - Challenges and Opportunities

Abstract: In February 2011, construction had just begun on a planned electrical safety improvements project at the East Bay Municipal Utility District's Walnut Creek Raw Water Pumping Plants (WCPP Nos. 1 &2) when the electrical substation powering the facility was destroyed by a fault. This was followed a month later by a flood that completely filled the building that houses WCPP Nos. 1 &2, submerging six large synchronous motors, pumps, and related electrical distribution equipment. These nearly simultaneous catastrophic events dramatically expanded and redefined the scope of the planned work. An immediate priority was to rebuild the electrical substation within 12 months so that the District could restore power to the undamaged WCPP NO. 3 in order to meet anticipated summer pumping demands. A longer-term priority was to completely rebuild the pumps and motors, and replace the station service motor control centers, switchgear lineups, controls, and heating, ventilation and air conditioning system at WCPP Nos. 1 &2 within the next 24 months. This presentation addresses how these two incidents happened and discusses how they were turned into an enhanced safety design opportunity.

Doug Handran is a Senior Electrical Engineer at EBMUD, where he supervises the Electrical Design section. He previously represented the District as a project leader in communicating and coordinating with electric utility agencies, consultants, clients, and customers on the District's capital improvement projects. He has 24 years of experience in the design, construction, testing and startup, commissioning, and troubleshooting of power distribution, control, and automation systems at water/wastewater facilities and hydroelectric power plants. Mr. Handran received his B. E. E and M. S. E. E. degree from the Georgia Institute of Technology. Mr. Handran was awarded the IEEE Region 6 Central Area Outstanding Engineer Award for 2010. Mr. Handran is a past treasurer of the Oakland-East Bay Chapter of the IEEE Industry Applications Society. Mr. Handran is also a member of CIGRE and is a registered Professional Electrical Engineer in the state of California.

Diosdado V. Hernandez (Speaker Introduction) is currently retired, but was past Senior Electrical Engineer at EBMUD where he had supervised the Electrical Design section. He has 36 years of experience designing water pumping plants, water treatment plants, hydroelectric power plants, and nuclear power plants. Mr. Hernandez was educated at the University of the Philippines, B. S. E. E. major in power engineering. Mr. Hernandez received the State of California Senate Certificate of Recognition after earning the 2002 Outstanding Energy Management Award from California Nevada Section of the American Water Works Association for the Lafayette Water Treatment Plant Weir project. He also received the 2003 Alternative Energy Champion of the Year from the Association of Energy Engineers, San Francisco Chapter, for the EBMUD Administration Building's 600 kW Microturbine Combined Heat and Power System project. Mr. Hernandez is a registered Professional Electrical Engineer in the state of California, and is currently the 2016 IEEE Oakland East Bay IAS Chapter Chair.

Lunch will be provided (includes vegetarian). There will be a $5 fee to IEEE Members and a $10 fee to Non Members. Payments to be made in person (cash or check) at the event.

The SF PES Chapter AdCom are mindful of our environment and food waste.  As a courtesy, please email our Secretary, Elizabeth Waldren (waldrene@bv.com) no later than the day before the event if you absolutely need to cancel your reservation.  Thank you! 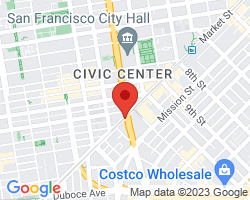