Back in 1989 Fleischmann and Pons astonished the world with a variety of claims involving low-energy nuclear reactions (LENR) in electrochemical experiments with palladium and deuterium. The most significant of the claims was for the generation of large amounts of energy, presumed to be of nuclear origin, but without a commensurate amount of energetic nuclear radiation. The existence of such an effect goes against textbook nuclear and solid state physics, and no acceptable explanation was put forth at the time. Most early efforts to replicate the anomalies claimed were unsuccessful. The Fleischmann-Pons Experiment was not accepted by mainstream scientists then and is not accepted today.

Over the years a substantial amount of effort has been put in by groups that were able to replicate the excess heat effect, to make sure that the effect was real, and to gain some understanding. Fleischmann and Pons had argued that the D/Pd loading ratio needed to be high in order to see excess heat; this was found to be the case in experiments that followed. A correlation was found between the excess power produced and the deuterium flux at the cathode surface. In some experiments increased excess heat was seen at elevated temperature. He-4 was observed in the gas phase, correlated with the energy produced, and in amounts consistent with the mass difference (24 MeV) between D2 and He-4.

There is no agreement at present among those in the field as to what physics is involved in these experiments, even though there have been a large number of proposals. We give a brief outline of some of the theoretical ideas currently being contemplated. Progress continues at present, but there are changes in the focus of the research and in the researchers involved. There is at present some interest on the part of investors and industry, stimulated by the possibility of commercial products and the prospect of a new technology. We will review some of the approaches which have been discussed in public in recent years and will summarize the progress reported by the entrepreneur community, including Andrea Rossi (Industrial Heat, Inc.), Dr. Mitchell Swartz (Nanortech, Inc.), and Robert Godes (Brillouin Energy Technologies, Inc.). Finally, we will touch upon the recent status changes at USPTO regarding LENR inventions. 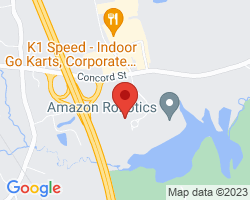 Hagelstein joined the EECS faculty in 1986 where he carried out research on x-ray lasers and cavities, quantum well based x-ray detection, configuration space models for quantum optics, and numerous other topics.  He has taught courses on quantum mechanics, numerical simulation, electrostatics, electrodynamics, semiconductor device modeling, signals and systems, probabilistic systems, probability, and circuits and electronics. He is the first author of a text on Introductory Quantum and Statistical Mechanics, with S. D. Senturia, and T. O. Orlando. He is a co-inventor of a novel solid state thermal to electric converter (the thermal diode), and a new kind of nano-gap thermophotovoltaic converter.  His name is on about 20 patents.

Since 1989 he has been involved in research on the Fleischmann-Pons experiment and related phenomena.  The focus of his research in this area has been on understanding physical mechanisms responsible for the anomalies, and on the development of models to describe them.  Hagelstein was co-chair of the 10th International Conference on Cold Fusion held in 2003, and won the 2004 Preparata Medal for his contributions to the field. He was a principal in the 2004 DoE review of cold fusion.  He was a founding editor, and is currently an associate editor, of the topical journal in the field, Journal of Condensed Matter Nuclear Science.  He is an author of more than 50 papers in the field.

Louis F. DeChiaro was awarded the Ph.D. Degree in Physics in 1979 from Stevens Institute of Technology, Hoboken, New Jersey.  From 1979 to 2002, he served as an Electronics Engineer / researcher in the telecommunications industry at Bell Laboratories and Telcordia Technologies, retiring in 2002 as a Distinguished Member of the Technical Staff.  From 2002 to 2006, he served as an Associate Professor of Computational Science and a founding member of the new Computational Science Program at The Richard Stockton College of New Jersey.  He joined the US Navy as a civilian Physicist in September, 2006 and since 2009 been performing investigations in LENR physics and supporting the EMC efforts of Branch Q51 at the Naval Surface Warfare Center, Dahlgren, VA.  During the period 2010-2012 he was on special assignment at the Naval Research Labs, Washington, D.C. in their experimental LENR group.  Dr. DeChiaro is a member of Tau Beta Pi.