This is an IEEE JRACS Chapter meeting and Technical Workshop. 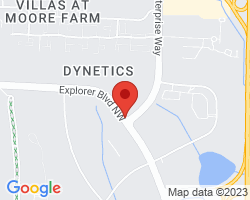 The IEEE Arduino Robotics Workshops aim to train chapter members and the community at large in the use of open-source low-cost robotic platforms. We are planning to deliver basic and advanced Arduino-Based Robotics Workshops to introduce novice and experienced users to low-cost commercial-of-the-shelf (COTS) robotic modules to foster wide-spread development of robotics applications. The format of this event will be a hands-on experience and not a classroom/lecture type event. Every team of two participants will be provided with a complete Arduino Robotics Kit with over 30 different sensors and actuators to be used during the workshop. Each team should bring at least one laptop computer for code development and download. Given that the IEEE Robotics and Automation Society provided financial support for purchasing all hardware to be used in this workshop, priority registration will be given to IEEE JRACS members. For complete details please visit the IEEE Huntsville Website, JRACS Chapter Section at: "http://sites.ieee.org/huntsville/ieee-jracs-event-arduino-robotics-workshops-2015":http://sites.ieee.org/huntsville/ieee-jracs-event-arduino-robotics-workshops-2015

Dr. Leandro G. Barajas is a Principal Engineer and Section Manager at the Unmanned Systems and Aerodynamics Department, at Dynetics, Inc. Previously, he was a Staff Researcher at the Advanced Robotics Group, Manufacturing Systems Research Laboratory at General Motors Global R&D Center in Warren, MI, USA. He received the Honor Degree in Electronics Engineering as Valedictorian from the Universidad Distrital F.J.C., Bogotá, Colombia, in 1998. He received M.S. and Ph.D. degrees in Electrical and Computer Engineering from the Georgia Institute of Technology (Georgia Tech), Atlanta, GA in 2000 and 2003, respectively. Dr. Barajas has worked on the areas of unmanned systems, robotics & automation and intelligent perception where ha has been responsible for designing and leading the global development of an integrated cross-platform framework for automotive assembly robot control. He has authored over 60 technical publications and 55 invention disclosures that in turn have been translated into over 35 patents & patent applications. Dr. Barajas has been distinguished with over 40 corporate, academic and professional awards including: IEEE Robotics & Automation Early Career Award, 4 “Boss” Kettering Awards (GM's top technical honor), 3 McCuen Awards (GM R&D’s top honor), Chairman Honors Award (GM’s top corporate honor), GM R&D “Spark Plug” Award, SME Outstanding Young Manufacturing Engineer Award, Federal Laboratory Consortium (FLC) Award for Excellence in Technology Transfer, the NASA JSC’s Exceptional Software Award and the NASA Exceptional Space Act Award for Robonaut 2.