Details will be included soon. 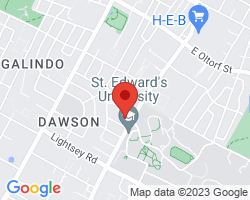 From 1974 to 1977 he was with the Fusion Research Center, University of Texas, as a Research Engineer. From 1977 to 1981 he was with Argonne National Laboratory, Argonne, Illinois, as a Resident Research Associate, while simultaneously doing the doctoral work at the University of Wisconsin-Madison in energy systems and control systems. Since 1981 he has been at Texas A&M University, College Station, Texas where he is now a Professor of electrical engineering and Director of Advanced Vehicle Systems Research Program and the Power Electronics and Motor Drives Laboratory. He is the author of over 300 publications in pulsed-power supplies, high-voltage engineering, power electronics, motor drives, and advanced vehicle systems and is the recipient of the Prize Paper Awards in Static Power Converters and motor drives at the IEEE-Industry Applications Society 1985, 1987, and 1992 Annual Meetings, as well as numerous other honors and recognitions. In 1984 he was named the Outstanding Young Engineer of the Year by the Brazos chapter of Texas Society of Professional Engineers. In 1992, he was named the Halliburton Professor in the College of Engineering at A&M. In 1994, he was also named the Dresser Industries Professor in the same college. In 2001 he was selected for Ruth & William Neely/ Dow Chemical Faculty Fellow of the College of Engineering for 2001-2002, for “contributions to the Engineering Program at Texas A&M, including classroom instruction, scholarly activities, and professional service”. In 2003 he was selected for BP Amoco Faculty Award for Teaching Excellence in the College of Engineering. He was also selected for the IEEE Vehicular Society 2001 Avant Garde Award for “Contributions to the theory and design of hybrid electric vehicles”. In 2003 he was selected for IEEE Undergraduate Teaching Award “For outstanding contributions to advanced curriculum development and teaching of power electronics and drives.” In 2004 he was elected to the Robert M. Kennedy endowed Chair in Electrical Engineering at Texas A&M University. In 2005 he was elected as the Fellow of Society of Automotive Engineers (SAE). He is the co-author of twelve books on power electronics, motor drives and advanced vehicle systems, including Vehicular Electric Power Systems, Marcel Dekker, Inc. 2003 and “Modern Electric Hybrid Vehicles and Fuel Cell Vehicles – Fundamentals, Theory, and Design”, CRC Press, 2004. He has over 23 granted or pending US and EC patents. His current research work is in power electronics, motor drives, hybrid vehicles and their control systems.

Dr. Ehsani has been a member of IEEE Power Electronics Society (PELS) AdCom, past Chairman of PELS Educational Affairs Committee, past Chairman of IEEE-IAS Industrial Power Converter Committee and past chairman of the IEEE Myron Zucker Student-Faculty Grant program. He was the General Chair of IEEE Power Electronics Specialist Conference for 1990. He is the founder of IEEE Power and Propulsion Conference, the founding chairman of the IEEE VTS Vehicle Power and Propulsion and chairman of Convergence Fellowship Committees. In 2002 he was elected to the Board of Governors of VTS. He also serves on the editorial board of several technical journals and is the associate editor of IEEE Transactions on Industrial Electronics and IEEE Transactions on Vehicular Technology. He is a Fellow of IEEE, an IEEE Industrial Electronics Society and Vehicular Technology Society Distinguished Speaker, IEEE Industry Applications Society and Power Engineering Society Distinguished Lecturer. He is also a registered professional engineer in the State of Texas.

Dinner: Choose from a select menu of soups, salads and dinner plates.