The 2015 (23rd) Edition of the Canadian Electrical Code (CEC) has taken one step closer to the rest of the world and one step further away from the US National Electrical Code (NEC). For decades, both the CEC and NEC have used the term “Class” to identify the various types of hazardous materials. The 2015 CEC has removed the term “Class” from Section 18 and replaced it with the International Electrotechnical Commission (IEC) Zone system terms. Class I, which was changed in 1998 to include Zones, becomes simply Zones 0, 1 and 2. Class II and Class III were merged to become Zones 20, 21 and 22. Class II and III has been relocated to Annex J along with Class I for legacy facilities. Class/Division equipment can still be used, and Table J1.2 was updated to identify the types of equipment that can be used in both Zone and Division classified facilities.

All new installations must use the Zone system for area classification. In Alberta, the 2015 CEC comes into force January 2016, and the other western provinces in a similar timeframe.

The 2nd Edition of API RP505, Recommended Practice for Classification of Locations for Electrical Installations at Petroleum Facilities Classified as Class I, Zone 0, Zone 1 and Zone 2, is due for publication in early 2016. There are some significant changes from the 1st Edition, which will be discussed in this presentation.

There are a number of significant changes currently being discussed within the CEC Section 18 (Hazardous Locations) subcommittee for the 2018 CEC, and a preview of these will also be covered in this presentation. 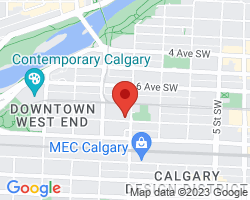 Tim Driscoll F.IEEE received his Bachelor of Science, Electrical Engineering degree in 1976 from the University of Calgary, Calgary, Alberta, Canada. Since graduation he has been employed at Shell Canada in various positions including control engineering, project management and electrical engineering. Responsibilities included electrical engineering support for all Shell Canada’s facilities in the areas of operations, maintenance, safety, energy and capital projects. Currently retired from Shell, he runs a small engineering firm in Calgary, OBIEC Consulting. He has co-authored several papers and presentations at the IEEE PCIC Conference, the IEEE PCIC Europe Conference, the IEEE Electrical Safety, Technical & Mega Projects Workshop and the IEEE Electrical Safety Workshop. He is a member of the Association of Professional Engineers and Geoscientists of Alberta. He is also chair of the Canadian Electrical Code section 62 and the Technical Content Subcommittee on the CSA Objective Based Industrial Electrical Code, and participates on several other Alberta Codes, and CSA, API, IEEE and IEC standards. He is a Fellow of the IEEE, and received CSA’s Award of Merit in 2015 for work on electrical codes and standards

Marty Cole has worked for Hubbell Canada over 35 years and been involved with hazardous locations for much of that time. He is a graduate of Humber College with a diploma in Explosives Engineering Technology. He is a member of the Canadian Electrical Code (CEC) Part I - Section 18 Subcommittee and a member of the Board of Directors of the CEC Part 4 - Objective Based Industrial Electrical Code (OBIEC) Stakeholder Advisory Committee. He is Chair of CSA’s Integrated Committee on Hazardous Locations (ICHL) which deal with all Canadian standards related to hazardous locations and is the Standards Council of Canada (SCC) committee to IEC TC 31, SC 31G, SC 31J and SC 31M. He is member of CSA’s TC419 Technical Committee on the Performance of Lighting Products, Chairs CSA Standard C239, and is a member of several other CSA standards.

Marty is an IEEE Senior Member, an IAS and IEEE-PCIC Standards committee member, and Chairs the development of the P1673 standard. He is the Canadian Alternate to the IEC Conformity Assessment Board (CAB). He is Chair of the Hazardous Location Products sub-section of Electro Federation Canada’s (EFC/EEMAC) Wiring Products Section. He is a member of IECEx and Convenor or IECEx ExMC WG1 (Rules Committee). He has authored and co-authored numerous papers and articles on the subject of hazardous locations for the IEEE-PCIC, IEEE-ESW, IEEE-ESTMP, PCIC-Europe, IEEE-GCC, IEEE-IAS Magazine and other industry publications. In 2014 he was awarded CSA’s Award of Merit for his work in hazardous location standards.