Note that the dates for this course have changed; they are now Tuesday Oct 25 to Friday Oct 28 (instead of Mon to Thurs).

This course will provide a comprehensive overview of power system stability and control problems. This includes the basic concepts, physical aspects of the phenomena, methods of analysis, examples of incidents of system instability, challenges to the secure operation of present-day power systems, and comprehensive approach to enhancing system security.

Attendees will receive a copy of the book Power System Stability and Control by Prabha Kundur, McGraw-Hill, Inc., 1994, which will be used as a reference for the course.

Course notes will be provided on the first day, on a USB jump drive.  Attendees should bring their own laptops to follow-along with the notes.

Alberta employers may qualify for the “Canada-Alberta Job Grant” training incentive program, where the Government of Alberta reimburses employers up to 2/3 of the training costs. For more details, see: http://www.albertacanada.com/jobgrant

Registration consists of two parts - vTools and PayPal.  Follow the "Click here to register" link below, and complete the information.  The system will then take you to a PayPal page to enter your payment information.  When you have successfully registered and paid, you will receive 2 confirmation emails, 1 from IEEE and 1 from PayPal.  Your registration is not complete until your payment has been received, and you have received both confirmation emails. 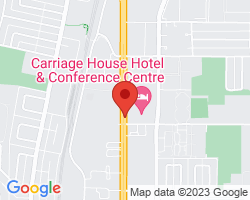 Prabha Kundur holds a Ph.D. in Electrical Engineering from the University of Toronto and has over 40 years of experience in the electric power industry. He is currently the President of Kundur Power System Solutions Inc., Toronto, Ontario. He served as the President and CEO of Powertech Labs Inc., the research and technology subsidiary of BC Hydro, from 1994 to 2006. Prior to joining Powertech, he worked at Ontario Hydro for nearly 25 years and held senior positions involving power system planning and design.

He has also served as Adjunct Professor at the University of Toronto since 1979 and at the University of British Columbia from 1994 to 2006. He is the author of the book Power System Stability and Control (McGraw-Hill, 1994), which is a standard modern reference for the subject. He has performed extensive international consulting related to power system planning and design, and has delivered advanced level technical courses for utilities, manufacturers and universities around the world.

Dr. Kundur has a long record of service and leadership in the IEEE. He has chaired numerous committees and working groups of the IEEE Power & Energy Society (PES), and was elected a Fellow of the IEEE in 1985. He served as the Chair of the IEEE Power System Dynamic Performance Committee from 2001 to 2003. From 2004 to 2010, he served as a member of the IEEE PES Executive Committee and as the PES Vice-President for Education. He is the recipient of several IEEE awards, including the 1997 IEEE Nikola Tesla Award, 2005 IEEE PES Charles Concordia Power System Engineering Award, and the 2010 IEEE Medal in Power Engineering.

Dr. Kundur has also been very active in CIGRE for many years. He served as the Chairman of the CIGRE Study Committee C4 on “SystemTechnical Performance” from 2002 to 2006, and as a member of the CIGRE Administrative Council from 2006 to 2010. He is the recipient of the CIGRE Technical Committee Award in 1999. He was awarded the CIGRE Medal in 2014.