Please join us for the Spring meeting of the Atlanta Chapter of the IEEE Engineering in Medicine and Biology Society (EMBS).  We will be hosting Professor Garrett B. Stanley speaking on the topic of "Reading and Writing the Neural Code: What's Going on in the White House Brain Initiative?"  Dinner will be provided. 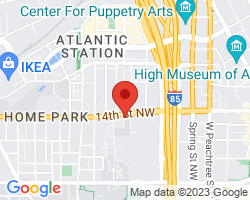 Professor Garrett B. Stanley of Department of Biomedical Engineering, Georgia Institute of Technology and Emory University

Reading and Writing the Neural Code: What's Going on in the White House Brain Initiative?

The external world is represented in the brain as spatiotemporal patterns of electrical activity. Sensory signals, such as light, sound, and touch, are transduced at the periphery and subsequently transformed by various stages of neural circuitry, resulting in increasingly abstract representations through the sensory pathways of the brain. It is these representations that ultimately give rise to sensory perception. Deciphering the messages conveyed in the representations is often referred to as "reading the neural code." True understanding of the neural code requires knowledge of not only the representation of the external world at one particular stage of the neural pathway, but ultimately how sensory information is communicated from the periphery to successive downstream brain structures. Our laboratory has focused on various challenges posed by this problem, some of which I will discuss. In contrast, prosthetic devices designed to augment or replace sensory function rely on the principle of artificially activating neural circuits to induce a desired perception, which we might refer to as "writing the neural code." This requires not only significant challenges in biomaterials and interfaces, but also in knowing precisely what to tell the brain to do. Our laboratory has begun some preliminary work in this direction that I will discuss. Taken together, an understanding of these complexities and others is critical for understanding how information about the outside world is acquired and communicated to downstream brain structures, in relating spatiotemporal patterns of neural activity to sensory perception, and for the development of engineered devices for replacing or augmenting sensory function lost to trauma or disease. Finally, I will try to provide a perspective on the recent activities associated with the White House driven Brain Initiative, which has the mission of advancing Neuroscience research through the development of Neurotechnologies.

Dr. Stanley's lab conducts research into how information about the outside world is encoded by the patterns of spiking neurons in the sensory pathways of the brain. They combine experimental and computational approaches to better understand ad control aspects of the neural code. Specifically they focus on the visual and somatosensory pathways at the junction between the sensory periphery and sensory cortex. Their experimental approaches include multi-site, multi-electrode recording, optical imaging, behavior, and patterned simulation. Their computational approaches include linear and nonlinear model estimation, information theory, observer analysis, and signal detection and discrimination. Their long-term goal is to provide surrogate control for circuits involved in sensory signaling, for pathways injured through trauma or disease.

In 2015, Dr. Stanley (and one other GT researcher) was selected to receive funding from the National Institutes of Health's (NIH) Brain Research through Advancing Innovative Neurotechnologies (BRAIN) Initiative, as part of a new round of projects for visualizing the brain in action. It's all part of the initiative launched by President Obama in 2014 as a broad effort to equip researchers with fundamental insights for treating a range of brain disorders, such as Alzheimer's, schizophrenia, autism, epilepsy and traumatic brain injury.

Dr. Stanley and Dr. Dieter Jaeger, professor in Emory University's Department of Biology, are principal investigators of a project titled, "Multiscale Analysis of Sensory-Motor Cortical Gating in Behaving Mice." Their overall goal is better understand and capture the flow of information as we sense and perceive the outside world, so that they can take action. Dr. Stanley, is a professor in the Wallace H. Coulter Department of Biomedical Engineering (BME), a joint department of Emory and Georgia Tech.

Professor Garrett B. Stanley of Department of Biomedical Engineering, Georgia Institute of Technology and Emory University

Reading and Writing the Neural Code: What's Going on in the White House Brain Initiative?