THIS EVENT HAS BEEN CANCELLED

Abstract:   Everything in our universe occurs in space, time, and spacetime where space and time are interrelated. These concepts are therefore fundamental across all areas of human activities, including history, economy, politics, philosophy, arts and sciences.  The speaker believes systematic endeavours in manipulating waves in space, time and spacetime will bring about considerable opportunities towards the development of tomorrow’s electromagnetic science and technology. This presentation will discuss about novel concepts in electromagnetic spacetime discontinuities, where space and time are related as in special and general relativity. 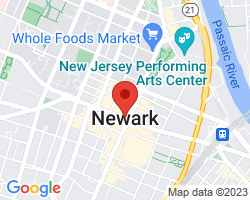 Everything in our universe occurs in space, time, and spacetime where space and time are interrelated. These concepts are therefore fundamental across all areas of human activities, including history, economy, politics, philosophy, arts and sciences. The author believes systematic endeavours in manipulating waves in space, time and spacetime will bring about considerable opportunities towards the development of tomorrow’s electromagnetic science and technology. Manipulation waves in space essentially consists in engineering their spatial frequency (k) spectrum, which may be performed using conventional electromagnetic structures, such as apertures, antennas, lenses, polarizers, photonic crystals, Talbot imagers, optical masks, etc. However, the frontiers of spatial dispersion engineering may be pushed far beyond the current state of the art, particularly using the novel concept of metasurfaces. The talk will present several innovations in this area, including magnetless nonreciprocal gyrotropy, generalized refraction, multiple wave transformation, multi-refringence, and orbital angular momentum operations.

In time, manipulating waves essentially consists in engineering their temporal frequency (w) spectrum, as partly done in ultrafast optics where oscillations are too fast to be handled by digital signal processors, and where real-time chirping and nonlinear materials and devices have therefore to be used instead. Such concepts have been little explored in electromagnetics, and may represent a solution to the exploding demand for faster and more reliable radio if sufficient progress is made. The author developed in his group metamaterial-inspired structures called phasers, which provide specifiable group delay versus frequency responses to perform unprecedented temporal dispersion engineering. The talk will present the related Radio Analog Signal Processing (R-ASP) concept and technology, and demonstrate a number of related applications, such as spectrum sniffing, real-time Fourier analysis, and dispersion code multiple access.

Aforementioned concepts typically concern monochromatic spatial dispersion engineering and mono-directional temporal dispersion engineering. Combining the two aspects in simultaneous space and time dispersion engineering, as nature does it in rainbows and humans in holograms, will open up further horizons in electromagnetics processing. The talk will also address this area, first introducing the fundamental concept of temporal to spatial frequency mapping, and next describing a few recent applications, including real-time spectrogram analysis, and two-dimensional mapping for the processing of ultrafast waves.

Finally, novel concepts in electromagnetic spacetime discontinuities, where space and time are related as in special and general relativity, will be introduced and discussed as a potential platform for future developments in electrodynamics.

Dr. Christophe Caloz received the Diplôme d'Ingénieur en Électricité and the Ph.D. degree from École Polytechnique Fédérale de Lausanne (EPFL), Switzerland, in 1995 and 2000, respectively. From 2001 to 2004, he was a Postdoctoral Research Fellow at the Microwave Electronics Laboratory, University of California at Los Angeles (UCLA). In June 2004, Dr. Caloz joined École Polytechnique of Montréal, where he is now a Full Professor, the holder of a Canada Research Chair (CRC) Tier-I and the head of the Electromagnetics Research Group. He has authored and co-authored over 600 technical conference, letter and journal papers, 13 books and book chapters, and he holds several patents. His works have generated about 15,000 citations, and he is a Thomson Reuters Highly Cited Researcher. Dr. Caloz was a Member of the Microwave Theory and Techniques Society (MTT-S) Technical Committees MTT-15 (Microwave Field Theory) and MTT-25 (RF Nanotechnology), a Speaker of the MTT-15 Speaker Bureau, the Chair of the Commission D (Electronics and Photonics) of the Canadian Union de Radio Science Internationale (URSI) and an MTT-S representative at the IEEE Nanotechnology Council (NTC). In 2009 and 2015, he co-founded the companies ScisWave and WaveInt, respectively. Dr. Caloz received several awards, including the UCLA Chancellor’s Award for Post-doctoral Research in 2004, the MTT-S Outstanding Young Engineer Award in 2007, the E.W.R. Steacie Memorial Fellowship in 2013, the Prix Urgel-Archambault in 2013, and many best paper awards with his students at international conferences. He has been an IEEE Fellow since 2010 and an IEEE Distinguished Lecturer for the Antennas and Propagation Society (AP-S) since 2014. Since June 2015, he has been an Associate Editor of the Transactions on Antennas and Propagation of AP-S. In 2014, Dr. Caloz was elected as a member of the Administrative Committee of AP-S. He is has been a Distinguished Adjunct Professor at King Abdulaziz University (KAU), Saudi Arabia, from May 2014 to November 2015. His research interests include all fields of theoretical, computational and technological electromagnetics, with strong emphasis on emergent and multidisciplinary topics, including particularly metamaterials, nanoelectromagnetics, exotic antenna systems and real-time radio.

All are welcome: There is no fee/charge for attending this IEEE technical semiar. You do not have to be an IEEE Member to attend. Refreshments are provided that are free for all attendess. Please invite your friends and colleagues to take advantages of this invited talk.