To find out about this event and more events, check out http://sites.ieee.org/dallasyp/ 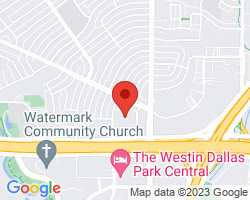 Auciello graduated with M.S. (1973) and Ph.D (1976) degrees in Physics from the Physics Institute “Dr. Balseiro” (Universidad Nacional de Cuyo, Argentina). Electronic Engineering at the University of Córdoba-Argentina (1964-1970). Auciello was Potdoc at MacMaster University-Canada (1976-1979), Researcher at the University of Toronto-Canada (1979-1984), Associate Professor at North Carolina State University (1985-1988), Senior Research Scientist at the Microelectronics Center of North Carolina (1988-1996), Senior Scientist at Argonne National Laboratory (1996-2005), and Distinguished Argonne Fellow (2005-2012). He is an Adjunct Professor at University of Colorado-Colorado Springs and Michigan State University.

The UNCD film technology is now commercialized for industrial components and systems by Advanced Diamond Technologies (ADT), a Company founded by Auciello and Carlisle, spun-off from Argonne in 2003 (Profitable in 2014), and by Original Biomedical Implants (OBI-USA), a Company founded by Auciello and Gurman (MD) in 2013, and OBI-Mexico (company co-founded by O. Auciello and J.L. Rubio (Mexico), January 2016) commercializing a new generation of UNCD-coated implantable medical devices and medical treatments based on nanotechnology.

Auciello has edited 20 books on various topics, published about 500 articles in the fields described above, holds 20 patents, and organized, chaired, and lectured at numerous national and international conferences. He is associate editor of Appl. Phys. Lett., Integrated Ferroelectrics, and editor of two book series on thin films and applications to devices (Academic Press). He was member of the Materials Research Society (MRS) Board of Directors (2000-2003), Co-Chair of the MRS International Relations Committee, Vice President of the MRS in 2012, President in 2013, and Past President in 2014.

Robert M. Wallace holds the Erik Jonsson Distinguished Chair in the Jonsson School of Engineering and Computer Science at the University of Texas at Dallas and is a professor in the Department of Materials Science and Engineering.  He received the B.S. in Physics and Applied Mathematics (1982), the M.S. (1984) and the Ph.D. (1988) in Physics at the University of Pittsburgh. He then was a postdoctoral research associate in the Department of Chemistry at the Pittsburgh Surface Science Center.

In 1990, he joined Texas Instruments Central Research Laboratories as a Member of Technical Staff (MTS) in the Materials Characterization Branch of the Materials Science Laboratory, and was elected as a Senior MTS in 1996.  Dr. Wallace was then appointed in 1997 to manage the Advanced Technology branch in TI’s R&D which focused on advanced device concepts and the associated material integration issues.

In 2003, he joined the faculty at the University of Texas at Dallas, was a founding member of the Materials Science and Engineering program, served as an interim head for the program, and facilitated the transformation of the program into a department to the current level of 15 faculty and more than 75 graduate students and postdocs. In addition to his research program in nanoelectronic materials, Wallace was also the director of the new 5000 sq. ft. Cleanroom Research Laboratory for 6 years, supervising a staff of 9 and an annual budget> $2M.  Dr. Wallace also has appointments in the Departments of Electrical Engineering, Mechanical Engineering, and Physics at UT-Dallas.

He has authored or co-authored over 325 publications in peer reviewed journals and proceedings, more than 225 contributed and 75 invited talks at international meetings and symposia, as well as 45 US and 27 international patents/applications.  A review published in the Journal of Applied Physics on high-k gate dielectrics which he coauthored was recognized by the Semiconductor Research Corporation as one of the most influential research publications in the field with more than 4100 (4500) citations to date according to the Science Citation Index  (Scopus) database, and has been selected among the 45 top cited publications by the American Institute of Physics over the last 75 years.  It is currently among the most highly cited publications in the Journal of Applied Physics.

Dr. Wallace is also a co-inventor of the Hf-based high-k gate dielectric materials now used by the semiconductor industry for advanced high performance logic in microprocessors. He was named Fellow of the AVS in 2007 and an IEEE Fellow in 2009 for his contributions to the field of high-k dielectrics in integrated circuits. In 2010, he was appointed the Louis A. Beecherl, Jr. Distinguished Professor and in 2011 he was appointed the Erik Jonsson Distinguished Chair in the Erik Jonsson School of Engineering and Computer Science at UT-Dallas, and received the school’s Distinguished Senior Research Contributions Award in 2014.

He is a member of the American Vacuum Society, the Materials Research Society, the Institute of Electrical and Electronics Engineers, the American Chemical Society, and a member of the Electrochemical Society.  He also serves as Editor of the Elsevier journal Applied Surface Science. His interests include nanoscale materials interfaces and integration issues for advanced devices including gate dielectrics, gate electrodes as well as nanoelectronics.    Dr. Wallace also consults for semiconductor and nanotechnology companies as well as on intellectual property matters.