In order to reduce cost of a VoIP deployment, a small-scale VoIP prototype was built using a virtual environment. This prototype can be used to fine-tune a VoIP PBX installation, help with codec selection and test configuration for voice, multimedia and text messaging. It can also be used as a VoIP protocol and network training suite. A VMware Player was used to host an Asterisk PBX and corresponding SIP-clients. The prototype is capable of inducing jitter, packet loss in order to simulate real networks. Limitations of this VoIP prototype are inability to test US-Canada Emergency-911 system, geolocation. In addition, this work did not perform Asterisk PBX security features, STUN or proxy VoIP implementations.

Olga Mills has a Master in Engineering Management from Washington State University, an M.S in Computer Science from Eastern Washington University, a B.S. Computer Information Systems from Eastern Washington University, and a B.S in Physics from Tver State University in Russia. The primary interests include automated controls, real-time operating systems and application development for integrated network environments. Olga is currently employed by F5 Networks at Liberty Lake, WA, as a network support engineer. In the past she has had worked for Ciena and Digideal (Spokane). She is very proud to have her first internship at Kaiser Aluminum (Spokane) when she was still a student at Eastern. She presented her VoIP paper at the IEEE Global Humanitarian Conference in October 2013. She is also an adjunct faculty at ITT Tech. Olga has been an IEEE member since 2002. 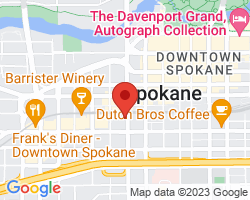