Our monthly networking event is held the second Tuesday of every month.  This is a great chance to meet your fellow IEEE members in a relaxed atmosphere out of the office.  Members and non-members are welcome.

The event will be at the Red Stag (www.redstag.ca) in the event room upstairs.  The dress code is casual, jeans and a collared shirt minmum.

Registration is $5 for IEEE Members and $10 for non-members.

By adding this fee we are including free refreshments of all soda and a variety of appetizers, and a drink ticket.

We look forward to meeting you! 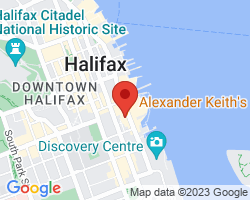 Jeff Stockhausen has made his career in the ICT, marine, aerospace and defence industries for the past 20 years in Halifax, working for companies both large and small, and focusing on satellite-based and sub-sea technologies, and big data.

Early in his career, Jeff worked on the development of transportable, tactical satellite ground stations and high-speed data processing systems, primarily for ship and wake detection and analysis. This allowed the opportunity for a range operational experience ranging from intelligence support for naval war games to drug interdiction in the southern Caribbean. Subsequent work has included the development of distributed spatial data management systems, underwater sensor data management and visualization systems, and a sniper detection system and, while also providing consulting services to various groups including DRDC, primarily related to satellite data analysis. Jeff represented Canada for several years on ISO Technical Committee 211, establishing a structured set of standards for digital geographic information.

Currently, Jeff stimulates knowledge and wealth creation for Canada, as an Industrial Technology Advisor with the National Research Council of Canada’s Industrial Research Assistance Program. His day-to-day efforts are on supporting small and medium sized enterprises to develop new and innovative technologies and grow their businesses, providing technical and business advice, and R&D funding.

Strategically, Jeff is engaged in ongoing collaborations to support the health and growth of the Atlantic Ocean Technology sector, including the development and launch of a new, annual Ocean Technology conference in Nova Scotia, called H2O: Home to Overseas, which had its inaugural date during Halifax Oceans Week 2016.

He has also spent almost a decade providing leadership and governance to the Canadian Cancer Society’s Nova Scotia Division, serving 5 of the past 9 years on the Executive, 2 of which as the Chair, as well as contributing to the review of cancer research funding proposals. In his spare time, Jeff works with local universities as a mentor to students developing entrepreneurial ventures, and contributed to the development the Nova Scotia Community College’s recently launched Ocean Technology program.

He has been a fan and patron of the Halifax independent theatre community for many years and has served as Chair of the local theatre company for the past 5 years.

The meeting is officially over at 7:30, but everyone is welcome to continue downstairs in the main lounge area.