Free for all Registration Participants (Members/Non-Members/Students)

FREE PIZZA and WATER will be served. 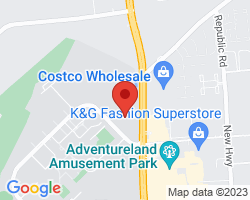 For several decades, the Gaussian assumption on the disturbance modeling in radar systems has been widely used to deal with detection problems. But, in modern high-resolution radar systems, the disturbance cannot be modeled as Gaussian distributed and the classical detectors suffer from high losses. In this talk, after a brief description of modern statistical and spectral models for high-resolution clutter, coherent optimum and sub-optimum detectors, designed for such a background, will be presented and their performance analyzed against a non-Gaussian disturbance. Different interpretations of the various detectors are provided that highlight the relationships and the differences among them. After this first part, some discussion will be dedicated to how to make adaptive the detectors, by incorporating a proper estimate of the disturbance covariance matrix. Recent works on Maximum Likelihood and robust covariance matrix estimation have proposed different approaches such as the Approximate ML (or Fixed-Point) Estimator or the M-estimators. These techniques allow to improve the detection performance in terms of false alarm regulation and detection gain in SNR. Some of results with simulated and real recorded data will be shown.

Dr. Greco graduated in Electronic Engineering in 1993 and received the Ph.D. degree in Telecommunication Engineering in 1998, from University of Pisa, Italy. From December 1997 to May 1998 she joined the GTRI, Atlanta, USA as a visiting research scholar.

In 1993 she joined the Dept. of Information Engineering of the University of Pisa, where she is Associate Professor since Dec. 2011. She's IEEE fellow since Jan. 2011 and she was co-recipient of the 2001 IEEE AESS Barry Carlton Award for Best Paper and recipient of the 2008 Fred Nathanson Young Engineer of the Year award for contributions to signal processing, estimation, and detection theory. In May and June 2015 she visited as invited Professor the Université Paris-Sud, Paris, France.

She has been general-chair, technical program chair and organizing committee member of many international conferences over the last 10 years. She has been lead guest editor of the special issue on "Advanced Signal Processing for Radar Applications" of the IEEE Journal on Special Topics of Signal Processing (J-STSP), December 2015, guest co-editor of the special issue of the J-STSP on "Adaptive Waveform Design for Agile Sensing and Communication," June 2007, and lead guest editor of the special issue of International Journal of Navigation and Observation on" Modeling and Processing of Radar Signals for Earth Observation, August 2008. She's Associate Editor of IET Proceedings – Sonar, Radar and Navigation, Editor-in-Chief of the IEEE Aerospace and Electronic Systems Magazine, member of the Editorial Board of the Springer Journal of Advances in Signal Processing (JASP), Senior Editorial board member of IEEE J-STSP, and senior area chair of IEEE Transactions on SP.

Her general interests are in the areas of statistical signal processing, estimation and detection theory. In particular, her research interests include clutter models, coherent and incoherent detection in non-Gaussian clutter, CFAR techniques, radar waveform diversity and bistatic/mustistatic active and passive radars. She co-authored many book chapters and more than 170 journal and conference papers.

$30 Fee for Non-IEEE members that are requesting PDH.