Members: This meeting is for Executive Committee Members Only.

Our next regular section meeting will be held TBD.

Minutes of the meeting:

The reading of the Secretary's Report of the minutes of the Executive Committee meeting of 16 March 2016 was deferred to a later date. The minutes will be emailed after the meeting and the Committee will vote on them at the next meeting.

Old business:
Scholarship: due to a website problem, the deadline has now been extended to September 1. One application was received on August 16th. It was agreed that the notices should be sent out at the beginning of next year in order to avoid last-minute problems, and that we would contact the various branches of the Universities to make sure they are aware of the scholarships and communicate to their students.

We received a thank-you note for the Lego Mindstorms from the Boy Scouts.

The nominating committee was appointed by the Chair and consists of McCloy (Chair), Bob Morrison and Ralph Campbell.

Ralph Campbell reported on the Region 2 West area meeting attended by him and Kassiani Kotsidou. The use of vtools was the main topic of the meeting.

There was a discussion of the IEEE election and the proposed change to the by-laws.

The Chapter IEEE Collabratec group is not active.

Marc Bell moved and Ralph Campbell seconded that the meeting adjourn at 8.08pm. 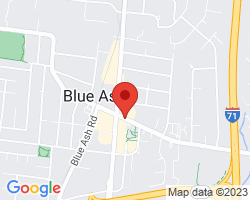