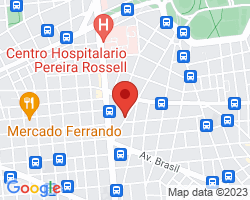 CHUNG-KWANG CHOU (S'72, M'75, SM'86, F'89, LF'12) was born in Chung-King, China, in 1947. He received the B.S. degree from National Taiwan University, Taipei, Taiwan, in 1968, the M.S. degree from Washington University, St. Louis, MO, USA, in 1971, and the Ph.D. degree from the University of Washing-ton, Seattle, WA, USA, in 1975, all in electrical engineering. After spending a year as a National Institutes of Health Post-Doctoral Fellow with the Department of Physiology and Biophysics, Regional Primate Research Center, University of Washington, he became a faculty member with the Department of Rehabilitation Medicine and the Center for Bioengineering, University of Washington, 1977 to 1985. From 1985 to 1998, he was a Research Scientist and the Director of the Department of Radiation Research with the City of Hope National Medical Center, Duarte, CA, USA. In 1998, he joined Motorola, and became the Director of the Corporate EME Research Laboratory. He was the Chief EME Scientist with Motorola and Motorola Solutions from 2001 to 2013, where he was responsible for radio frequency (RF) product safety. He was retired and is currently an Independent Consultant on EMF safety issues. He was on the Board of Directors of the Bioelectromagnetics Society from 1981 to 1984 and an Associate Editor of the Journal of Bioelectromagnetics from 1987 to 2003, and served as the Chairman of the IEEE/EMBS Committee on Man and Radiation from 1996 to 1997, the Co-Chairman of the IEEE Scientific Coordinating Committee 28, Subcommittee 4 on RF Safety Standard from 1997 to 2005, the Vice Chairman of the Committee 89-5 of the National Council on Radiation Protection and Measurements (NCRP) from 1996 to 1999, and a Council Member of NCRP from 1998 to 2004. He is the Chairman of TC 95 of the IEEE International Committee on Electromagnetic Safety, responsible for exposure standards from 0 to 300 GHz (2006- ), Distinguished Lecturer of IEEE Broadcast Technology Society (2016- ) and on the Advisory Panel of Non-Ionizing Radiation of the NCRP (2016- ). Dr. Chou has authored over 200 peer-reviewed papers and book chapters, and presented over 300 conference papers and abstracts, and 240 invited talks. He was a recipient of the First Special Award for the decade (1970-1979) from the International Microwave Power Institute, in 1981, the Outstanding Paper Award from the Journal of Microwave Power in 1985, the Curtis Carl Johnson Memorial Award from the Bioelectromagnetics Society in 1995, the IEEE Standards Medallion Award in 2005, and the Motorola's Global Standard Impact Award and the Highest Honor d'Arsonval Medal from the Bioelectromagnetics Society in 2006. He is also a fellow of the American Institute for Medical and Biological Engineering in 1996 and the Electromagnetic Academy in 2007.

The dramatic increase in man-made radio frequency (RF) fields in the environment during the last few decades has led to public health concerns in many parts of the world. Specifically, questions have been raised on the safety of exposure to RF energy emitted from radar, television and radio communication systems, microwave ovens, video display terminals, and most recently, mobile telephones and base stations, Wi-Fi, and LTE. Wireless power transmission is a newer subject. The IEEE EMF database now has more than 6000 original, peer-reviewed papers useful for public health risk assessment of RF exposure. The first topic will be on research to summarize recent epidemiological, human, animal and in vitro studies. Reviews of independent expert panels and health authorities will be discussed. The difference between possible biological effects and established health effects will be explained. To protect human health and to make measurements of RF emitting devices, exposure and assessment standards have been developed by International Commission on Non-Ionizing Radiation Protection (ICNIRP), International Electrotechnical Commission (IEC) and the IEEE International Committee on Electromagnetic Safety (ICES). IEEE standards are developed with oversight of the IEEE Standards Association to ensure due process openness, balance of interests and transparency at every level. The ICES develops standards for the safe use of electromagnetic energy in the range of 0 Hz to 300 GHz. Technical Committee (TC) 95 develops standards based on established adverse effects and include safety margins for human exposure to electric, magnetic and electromagnetic fields, including induced currents from such fields; TC34 deals with methods for the assessment of human exposure to such fields, and develops compliance standards for products that emit electromagnetic energy. Current regulatory status in the world will be presented. Variations of exposure limits adopted by different countries reflect the political nature of this issue. The final topic on risk communication is extremely important, and will cover the findings with respect to the perceptions and attitudes of people, who are trusted sources of information and why, and the influence of culture and other factors on risk communications and precautionary advice. The role of consistency and the need for harmonization of RF safety standards as important elements for minimizing confusion in public concern will be emphasized.