Position, velocity, and timing (PVT) signals from various Global Navigation Systems (GNSS) are used throughout the World. However, the availability and reliability of these signals in all environments has become a subject of concern for both civilian and military applications. Most of the 16 critical infrastructure sectors for the US economy, security, and health are dependent on GPS signals. More than 90% of the US military guided weapons use GPS. Accuracy and other planned improvements for GPS are explained as well as technology approaches for increasing system robustness. International news reports about a successful GPS spoofing attack on a civilian UAV in the USA have only increased concerns over the planned use of UAVs in the national airspace and safety of flight in general. Other examples of the effects of GPS interference and jamming are illustrated in this presentation. This is a particularly difficult problem that requires new and innovative ideas to fill the PVT gap when the data are degraded or unavailable.  One solution is to use inertial and/or other sensors to bridge the gap in navigation information and maintain world-wide navigation capability. This presentation summarizes with examples four different methods for combining GPS and other systems to achieve mission success when GPS becomes unavailable.

Remote Access: This event is accessible through IEEE WebEx service for those who may not be able to attend. Please contact Kyarash Shahriari or Dante Bolatti for details. 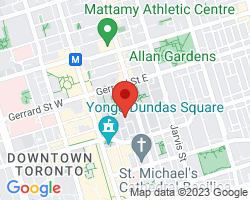 George T. Schmidt is an IEEE Life Fellow. He is a member of the Board of Governors of the IEEE Aerospace and Electronic Systems Society (AESS). He is also a Distinguished Lecturer for that society.

He was the Director of several recent NATO Research and Technology Organization Lecture Series related to Navigation Sensors and Systems in Global Navigation Satellite Systems (GNSS) Degraded and Denied Environments.

In 2013 he completed 17 years of service as Editor-in-Chief of the American Institute of Aeronautics and Astronautics (AIAA) Journal of Guidance, Control, and Dynamics. He was responsible for managing the peer review of more than 6500 submitted papers. He is an AIAA Fellow.

From 1961 through 2007, he was at the MIT Instrumentation Laboratory and the Draper Laboratory, Cambridge, Massachusetts. His final position was as the Draper Director of Education. Prior to that position he was the Leader of the Guidance and Navigation Division and Director of the Draper Guidance Technology Center.

For many years he was a Lecturer in Aeronautics and Astronautics at MIT, retiring in 2010.

He has received several awards including the AIAA International Cooperation Award in 2001 and the NATO Science and Technology Organization’s highest technical award, the von Kármán Medal in 2005.

He is author or contributing author of more than 100 technical papers, reports, encyclopedia articles, and books. He received his S.B. and S.M. degrees in Aeronautics and Astronautics from MIT and his Sc.D. in Instrumentation from MIT.

Remote Access: This event is accessible through IEEE WebEx service for those who may not be able to attend. Please contact Kyarash Shahriari or Dante Bolatti for details.