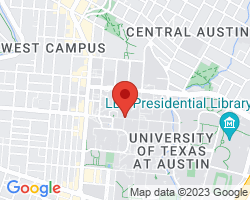 In an era where the word “Digital” has become synonymous with better quality products such as TVs and high fidelity audio systems and has turned “Analog” into seemingly nothing less than a nostalgia, it is worthwhile to take a step back and look at many of these so called “Digital” systems and innovations and appreciate the “analog heart” inside. In this talk, we will look at various circuits and systems, spanning from past to possible future applications and discuss why analog mixed-signal circuits continues to grow and remains a critical building block in many of these systems.

He is currently an assistant professor at the school of electrical and computer engineering, University of Florida, Gainesville. From 2004 to 2006, he was with IC-LAB, University of Tehran, where he was involved with audio delta-sigma converters and low-voltage bandgap references. In 2008 he was recipient of CICC-AMD outstanding student paper award. He has served as an Associated Editor of IEEE Transactions on Circuits and Systems-I and the technical program committee of IEEE CICC. He has published more than 40 conference and journals papers in IEEE and IEE.