As the quest for increased wireless throughput marches on, proposals abound for 5G systems based on orders of magnitude more antennas (massive MIMO) and greater bandwidths at higher frequencies (millimeter waves). To avoid a corresponding exponential increase in the cost of the hardware required for such systems, attention has recently focused on the use of very coarse analog-to-digital and digital-to-analog converters, even down to the level of one-bit quantization for both in-phase and quadrature components. This talk reviews some of the signal processing impacts of one-bit quantization on MIMO communications systems, and provides examples of algorithms for channel estimation, uplink decoding and downlink precoding that attempt to offset these impacts. 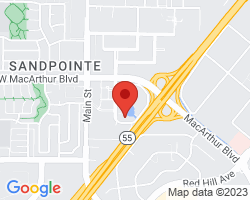 Dr. A. Lee Swindlehurst received the B.S., summa cum laude, and M.S. degrees in Electrical Engineering from Brigham Young University, Provo, Utah, in 1985 and 1986, respectively, and the PhD degree in Electrical Engineering from Stanford University in 1991. From 1986-1990, he was employed at ESL, Inc., of Sunnyvale, CA, where he was involved in the design of algorithms and architectures for several radar and sonar signal processing systems. He was on the faculty of the Department of Electrical and Computer Engineering at Brigham Young University from 1990-2007, where he was a Full Professor and served as Department Chair from 2003-2006. During 1996-1997, he held a joint appointment as a visiting scholar at both Uppsala University, Uppsala, Sweden, and at the Royal Institute of Technology, Stockholm, Sweden. From 2006-07, he was on leave working as Vice President of Research for ArrayComm LLC in San Jose, California. He is currently a Professor of the Electrical Engineering and Computer Science Department at at the University of California Irvine (UCI), and a Hans Fischer Senior Fellow in the Institute for Advanced Studies at the Technical University of Munich. He served as the Associate Dean for Research and Graduate Studies in the Henry Samueli School of Engineering at UCI from 2013-16. His research interests include sensor array signal processing for radar and wireless communications, detection and estimation theory, and system identification, and he has over 275 publications in these areas.