Many names, many advantages – Are resonant cavity antennas the killer planar space-saving approach to get 15-25 dBi gain?

No other antenna concept has more names. At present these antennas are known as Fabry-Perot cavity resonator antennas, Partial Reflector Surface (PRS) based antennas, Electromagnetic Band Gap (EBG) Resonator antennas (ERAs) and Two-Dimensional Leaky-Wave Antennas, and more names are forthcoming. Yet they all have more or less the same configuration consisting of a resonant cavity, formed between a partially reflecting superstructure and a fully reflecting (ground) plane. The resonant cavity is excited by a small feed antenna. Hence, they are referred to as resonant cavity antennas (RCAs) in this presentation. Since the concept of using a “partially reflecting sheet array” superstructure to significantly enhance the directivity was disclosed by Trentini in 1956, it has been an attractive concept to several antenna researchers for several reasons, including its theoretical elegance, relationships to other well-researched area such as leaky-waves, EBG, frequency ! selective surfaces and metasurfaces, and practical advantages as a low-cost simple way to achieve high-gain (15-25 dBi) from an efficient planar antenna without an array, which requires a feed network. The RCA concept is one of the main beneficiaries of the surge of research on electromagnetic periodic structures in the last decade, first inspired by EBG and then to some extent by metamaterials. As a result, RCAs gained a tremendous improvement in performance in the last 10 years, in addition to other advantages such as size reduction. As an example, achieving 10% gain bandwidth from such an antenna with a PSS was a major breakthrough in 2006 but now there are prototypes with gain bandwidths greater than 50%. Until recently most RCAs required an area in the range of 25-100 square wavelengths but the latest extremely wideband RCAs are very compact, requiring only 1.5-2 square wavelengths at the lowest operating frequency. Once limited to a select group of researchers, these ! advantages have attracted many new researchers to RCA research domain, and the list is growing fast, as demonstrated by the diversity of authors in recent RCA publications. RCAs have already replaced other types of antennas, for example as feeds for reflectors. Have they become the killer planar alternative to 3D antennas such as horns and small reflectors? If not, what needs to be done to reach that stage? This presentation will take the audience through historical achievements of RCA technology, giving emphasis to breakthroughs in the last 10 years. Special attention is given to methods that led to aforementioned bandwidth enhancement and area reduction, dramatic improvement of gain-bandwidth product and unprecedented gain-bandwidth product per unit area demonstrated by RCAs, both theoretically and experimentally. Several choices of superstructures are discussed. These superstructures include all dielectric superstrates with axial permittivity gradients and transverse permittivity gradients and printed superstructures also known as PSSs or m! etasurfaces. Due to ultra-compactness of modern designs and edge radiation becoming a significant player in the principle of operation, different optimisation methods and strategies have been developed to replace previous unit-cell based methods, which were only suitable for previous larger RCAs. In particular, optimisation of RCAs using automated optimisation methods, including evolutionary algorithms such as Genetic algorithms and Particle Swarm algorithms as well as statistical optimisation algorithms, is described, illustrating the improvements that have been achieved from such optimisations by the speaker’s team and others. Near-filed phase transformation with metasurface-like phase correction structures (PCS) to enhance near-field phase uniformity, and hence far-field directivity, of conventional larger RCAs is presented, highlighting physical reasons for the phase non-uniformity. Both printed (metasurface-type) PCSs and all-dielectric PCSs are included in this ! discussion. The presentation will conclude with yet unresolved issues, which could be addressed in future research. 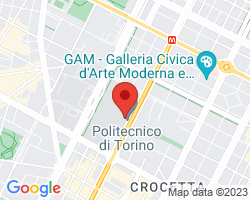 Professor Karu Esselle, IEEE ‘M (1992), SM (1996), F (2016), received BSc degree in electronic and telecommunication engineering with First Class Honours from the University of Moratuwa, Sri Lanka, and MASc and PhD degrees in electrical engineering from the University of Ottawa, Canada. He is a Professor of Electronic Engineering, Macquarie University, Sydney, Director of WiMed Research Centre (one of the two) and the Past Associate Dean – Higher Degree Research (HDR) of the Division of Information and Communication Sciences. He has also served as a member of the Dean’s Advisory Council and the Division Executive and as the Head of the Department several times. After two stages in the selection process, Karu has been selected by IEEE Antennas and Propagation (AP) Society as one of two candidates in the ballot for 2019 President of the Society, which has over 8,000 members worldwide. Only three people from Asia or Pacific have received this honour (one fr! om Australia and two from Japan) in the 68-year history of this Society – the premier global organisation dedicated for antennas and propagation. Karu has also been selected as one of the three new Distinguished Lecturers of IEEE AP Society for 2017-2019. He is the only Australian AP Distinguished Lecturer (DL) in almost two decades, and second Australian AP DL ever. When Karu was elected to the IEEE AP Society Administrative Committee for a three-year term in 2014, he became the only person residing in the Asia-Pacific Region (IEEE Region 10) to be elected to this highly competitive position over a period of at least six years (2010-2015). Karu is also the chair of the Board of management of Australian Antenna Measurement Facility, and elected Chair of both IEEE New South Wales (NSW) Section, and IEEE NSW AP/MTT Chapter, in 2016 and 2017. He directs the Centre for Collaboration in Electromagnetic and Antenna Engineering. Karu was elevated to prestigious IEEE Fellow g! rade for his contributions to resonance-based antennas. He is also a F ellow of Engineers Australia. Karu has authored over 500 research publications. He is the first Australian antenna researcher ever to reach Google Scholar h-index of 30 and his current h-index is the highest among Australian antenna researchers. Since 2002, his research team has been involved with research grants, contracts and PhD scholarships worth over 16 million dollars. His multi-award-winning research has been funded by many national and international organisations. Karu has been invited to serve as an international expert/ research grant assessor by several nationwide research funding bodies overseas. In addition to the large number of invited conference speeches he has given, he has been an invited keynote speaker of IEEE workshops and conferences. Thirty-eight international experts who examined the theses of his recent PhD graduates ranked them in the top 5% or 10%. Karu has provided expert assistance to more than a dozen companies. He is an Associate Editor of IEEE! Transactions on Antennas and Propagation and IEEE Access. Karu is the General Co-Chair of TENSYMP 2018. His research activities are at http://web.science.mq.edu.au/~esselle/.